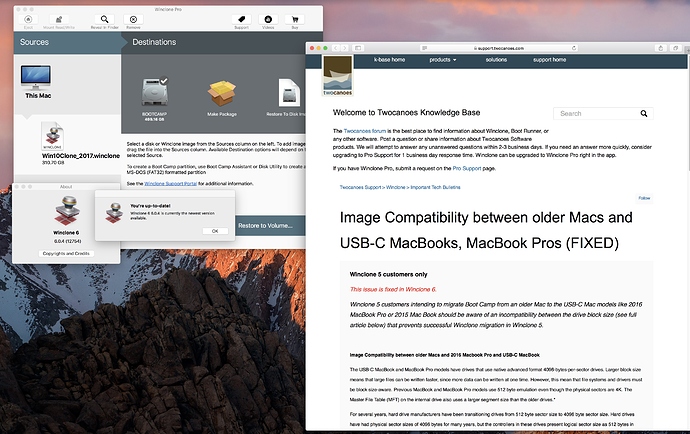 I have exactly the same problem. Help would be greatly appreciated.

If you change the image type to WIM based in the preferences when creating the image, you can restore to any Mac. However, you’ll potentially run into the issue of the start menu and MS Store apps not working (since the signature of those apps seems to get invalidated when using file based imaging). The current work around is to do just like you proposed: Create an image of the 512 block sized Macs and the 4096 block sized Mac, and deploy the Winclone image to the appropriate Mac.

The issue with WIM based images for creators update has been resolved and you should be able to use the WIM format to get around the block size issue. See

We have been investigating the root cause of the Creators Update breaking the start menu and Microsoft Store apps and have found both the root cause and a solution. The Issue: After Windows 10 is updated to the Creators Update, a Winclone image is created using the WIM format. When that image is restored, the start menu will not open. Some apps, such as Windows Explorer work fine. However, Microsoft Store apps and the Start Menu do not launch… After investigating the root cause, it was dete…