Winclone Restore of WIM from ISO

I have been investigating using the WIM file from inside an Windows 10 installer as the basis for a Winclone restore, and I have some results to share. Here is what I did: 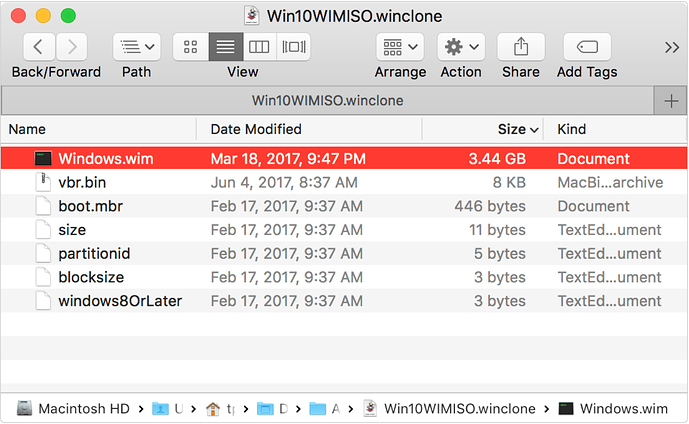 The unattend did 3 important things:

The script is very simple. It just installs the boot camp drivers. Here is the entire script: 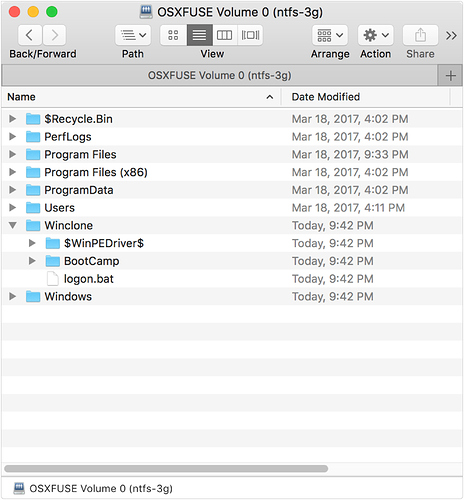 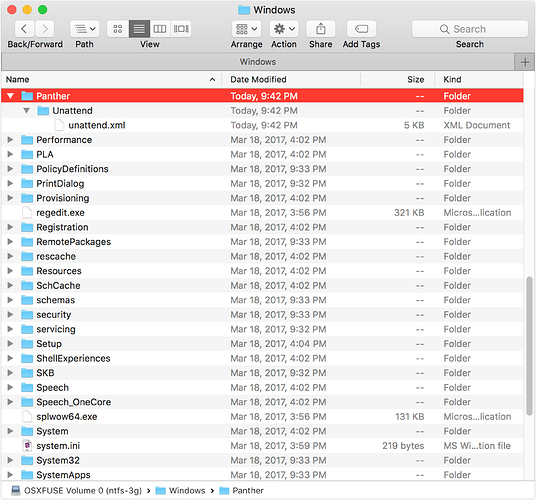 I then booted into Windows and after a few minutes of it configuring itself, the user was logged in and all the drivers were installed.

The really interesting pieces of this are:

Let me know what you think. My current thought is to add this to WInclone Pro as a feature to “import WIM”, and when you do, a sheet similar to the package tool appears. You will then be able to specify options such as scripts to run and resources to include.

As someone who appreciates having multiple options regarding recovery/reinstallation of my various computers I truly applaud your efforts.

I use the Bootcamp Windows 10 on my MacBook Air to test the Windows 10 Preview releases. As this process itself is sometimes a bit taxing on the stability of the Windows 10 installation, having multiple ways to get back to a working system is always welcome!

Great! We are going to be adding in additional WIM / ISO support.

// create EFI-boot (maybe MBR works too? I don’t need it)

this simple script works for me

Will this work with Windows 10 Education? Also where am I running this script to allow my .WIM to be identified by boot camp for dual boot?

you can modify the script for your needs easily , if you know what are you doing
dont do it if you don’t ))

WinClone 7* can select index from image!

disk9s9 must be FAT32 formatted