Blue screen after a windows clone

Booted up the new winclone… allowed me to log in. As soon as it started up, my steam gaming app starts to download. then I get a blue screen of death…

Did a safe mode boot with no drives so it seems to work find there.

NO clue as to what the problem may be. Looks like a driver issue. my boatcamp is pretty minimal so there are much fewer compatibility issues than a more general purpose windows install.

operating with a 680 nvidia…

There was an error during the disk to disk clone. There may be a problem with one of the volumes or the disks
tperfitt December 31, 2018, 4:54pm #2

It does seem driver related. What is the blue screen message?

There was an error during the disk to disk clone. There may be a problem with one of the volumes or the disks
archiea December 31, 2018, 9:22pm #3

Couldn’t read it at the time. Will report next boot. In safe mode now seeing what I can do.

This was from a fully functioning source btw. Never got the blue screen the decade I’ve had it. 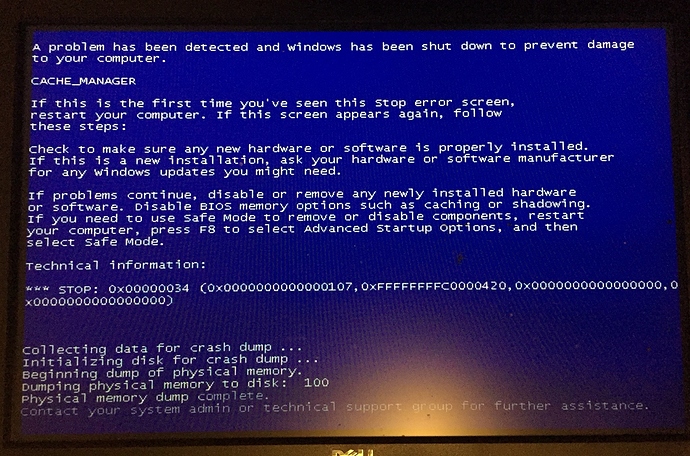 The only guesses I can make is that the last time I ran the source windows bootcamp was on a system with el capitan.

found this relating to the particular BSOD I got:

Is it possible to run SysPrep? You can boot Windows in a VM like VMWare Fusion, run sysprep, then reboot back into Windows, and it will re-discover the hardware.

My question might not be related to your challenge…
Which winclone version did you use, 5 or 6 or 7 ?

Had a number of problems with BootCamp for Windows 7 32bit.
Using only winclone 6 solved my problem.