Yes, Winclone 7 supports this both for creating an image from the external drive and for doing volume to volume migration.

Hi Tim,
Well I’ve gotten closer. I cloned my external drive so I would have an original copy. I tried to do a Sysprep but could not because the Windows 10 I was running on the new Mac would not run on the older Windows 7 program. I tried to do a Sysprep from the Windows 7 drive but it failed being an older version. So I tried to just restore the original image. I had to disable the SIP in Mac Navajo. Now the BootCamp drive does not show up during boot up.
I checked using disc utility and the drive is there, but I cannot boot to it.
Next thoughts? 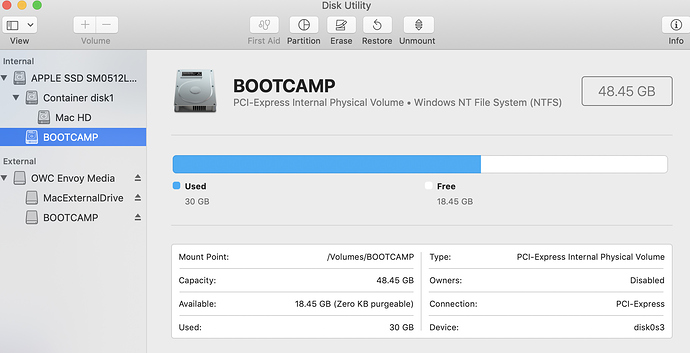 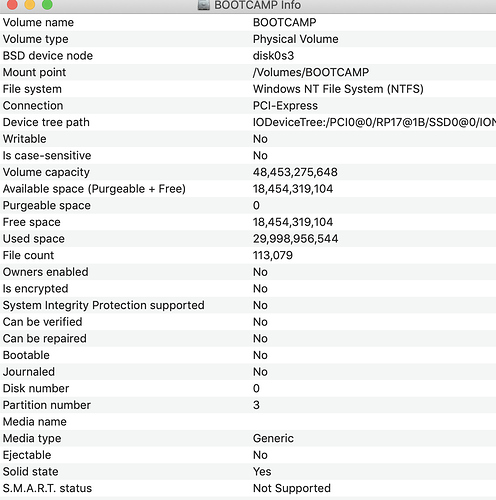 Please try with the most recent Winclone 7.2. It resolves some legacy booting issues.

Hi Tim,
I’m currently using 7.3.2. One suggestion I found was go “make EFI bootable”. So I tried it and the windows option shows up during the boot process, but I just get the black screen. I let it stand for a couple hours but nothing. Should I set it to legacy boot? I see the option for EFI and Legacy boot in the tools. I noticed to make legacy bootable I’ll have to turn off the SIP.

Did you try booting up using something like VMWare Fusion? That would verify Windows is all there and data was restored properly.

Tim, I tried Parallels but not VMWare Fusion. I still have one more trick up my sleeve but I’ll definitely look into VMWare Fusion more. Thanks and have a great New Year.