I have a Macbook Pro 2017 running Mojave. I created a windows image from my old harddrive using winclone 4.4. I received the following error:
Checking Partition ID failed with exit code 255! Terminal did not find csutil.
This is already the third time I’ve reformatted the hard drive to try to get my windows on the windows partition back (Created with disk utility).

You’ll need to upgrade to Winclone 7 to support newer Macs.

One step closer. Winclone 7 at least allowed the image to transfer to the Windows partition… but it won’t boot into windows using the option key… (It doesn’t find the windows partition).

This is usually related to the boot style. I would try switching between EFI and legacy booting: 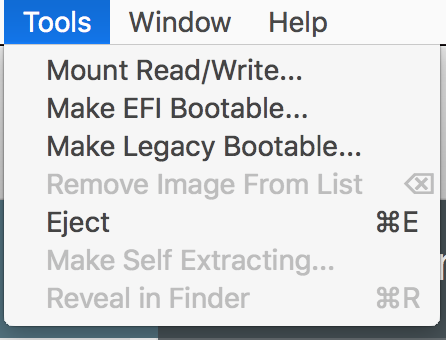 If you are having trouble getting Windows to boot after restoring, you can try switching between Legacy and EFI boot in Winclone. EFI boot is using on recent hardware and recent versions of Windows. Winclone detects the versions on restore. Switching...

When I revert to legacy, the partition disappears. What now? Start from scratch?

I see the issue. The 2017 macs do not support Windows 7! Try Windows 10 and it should go more smoothly.

I have no Mac to upgrade within. That’s why I purchased the new Mac in the first place, the old one died. So I have an operable, but non-bootable windows 7 partition on a hard drive salvaged from the old mac (2011). How would I upgrade to 10 under those circumstances?

It is possible within VMWare Fusion but I would recommend installing Windows 10 and then migrating over your data.