I am working with MDS 1.1. I do not want to erase and install the macOS. The workflow is to have the mac out of the box and let MDS install the Applications and run the scripts. However, I cannot save a workflow without selecting the macOS Installer disk Image. When I save the workflow to a thumb drive and run it on an out of the box mac, it re-installs the macOS which is an additional 30 minutes. Please advise on what may be going wrong. thank you.

Please try the 1.2 beta at https://bitbucket.org/twocanoes/macdeploystick/downloads/

That should resolve the issue.

It did! Thank you for the quick response!

sorry, but another error is cropping up while in the Recovery partition and after running the run command. I’ve attached a screenshot. Any suggestions? 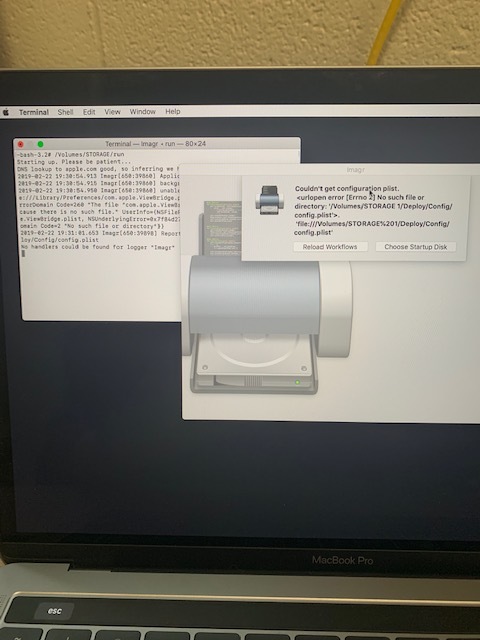 Is it supposed to set up a script folder inside of the Deploy folder like it does with Applications? If yes, its not there.

Sometimes the same drive can show up twice. I usually fix it by rebooting the Mac that has MacDeployStick on it and it clear it out. Then resave the resources and Bob’s your uncle.