No downloads showing on "Download macOS", how can I get them?

Hi. I’m trying to use MDS to create a Catalina image to fix a MacBook Pro that can’t boot from usb.

I’m following the “Getting started with MDS” but there’s nothing on the “Download macOS” section. Is there some configuration on MDS that I can change so the OS downloads appear? 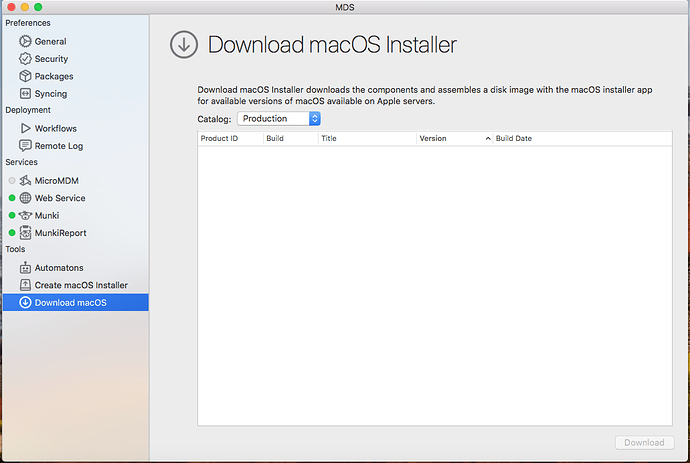 Hey. After several hours of Googling I found a solution. I’ll share it here if it’s of any help for anybody with the same problem.

For macOS up to Catalina, run this command in terminal:

how do i use this? I paste in the terminal, and what am i supposed to do after?

Yes. You should run that on terminal. Then close MDS and open it again. If your problem is the same as mine that should work.

yeah, i pasted that into terminal and then i opened MDS and i still dont get anything in the downloads.

I’m experiencing the same issue. Any update on how to fix?

First off, thank you for this awesome software.

I have updated as you describe, but I still get the same error. I also tried the suggestion from @Santiago

The problem appeared when I updated to 10.15.7. I also rolled up a macbook with Mojave to try there, but it has the same issue. 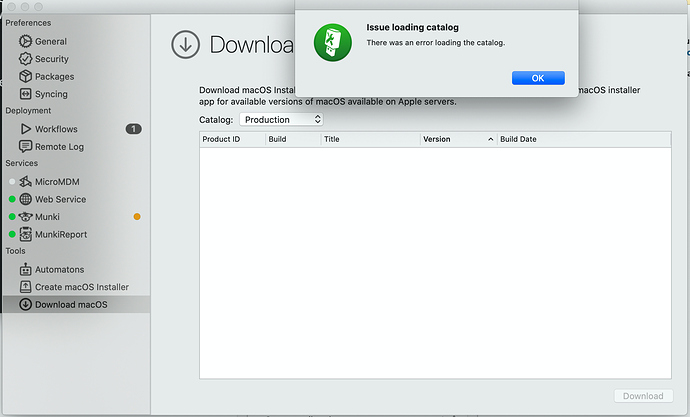 You were right, I did both, but after a restart, everything is working.

Santiagos fix put me on the beta program at Apple though, so now I am running Big Sur beta

I have Catalina 10.15.7 and the problem showed up after the .7 update. I am downloading the MDS 3.6 beta and will try that by itself first.

EDIT: I’m not sure which solution fixed it. I didn’t reboot separately. Neither one resolved the problem until after a reboot, at which point I had applied both.