I watched the Twocanoes’ step-by-step video to migrate Win10 from an older MacBookPro to a 16" 2019 MBP using Winclone 8 and was wondering if those same steps need to be taken or if they have been even more streamlined in Winclone 9?

BTW, that step-by-step video was excellent! Makes the migration very easy to follow.

Thanks in advance!
Mike

You can skip the " Injecting Drivers" part since Winclone should now prompt to inject the drivers.

Many thanks. Will report back if there are any issues.

I just purchased Winclone 9 to migrate bootcamp from a 2015 iMac to the new 2020 iMac. I have read the article “migrating windows 10 to a 16” MacBook Pro 2019 with winclone 8. I saw your reply that winclone 9 will prompt to inject the ssd drivers… What I’d like to know is if any other steps have changed in that article that would help me with my 5 iMac migration to the new 2020 iMac?
Thank you for your support and time… also Michael Crispin says, “Hi”.

All the steps until the “Injecting Drivers” are the same. We just made it easier!

Thank you Tim (and Tom)! My custom MBP should arrive by next weekend so I’ll report back if I run into any issues. Looking forward to implementing the new streamlined process.

Ran into problems running the drivers setup app, that is with Apples software support for bootcamp, the installer would error out when running the bootcamp.exe and would not complete all the device software that needs to be installed. Had to update to the 2009 version of windows (latest release) and found bootcamp drivers for AMD graphics here: https://www.amd.com/en/support/kb/release-notes/apple-boot-camp doing this completed most of the drivers, the only exceptions were: ncm control and ncm data, which showed ? in the device manager.

Hello, I want to migrate my Intel NUC Skull Canyon PC (which has an M.2 SSD) to a new MB Pro 16" bootcamp partition. The Intel NUC does have a USB C Thunderbolt port, is there a way I can connect it directly to the MB Pro 16 to migrate? Thank you.

I do not believe Windows has a “target disk mode” type function and usually you need to remove the drive and put it in an enclosure to have it show up as a volume on the Mac.

OK, I found an adapter to plug the M.2 directly into the USB C on Amazon. Do I still need to make a flash drive to inject drivers?

However, I was not prompted to inject any drivers at the end of the restore. So I saw your video about injecting drivers in Winclone 8.2 or later and went to Bootcamp Assistant to download the “Windows Support” folder and subfolders and files. Then opened Winclone again and went to Tools > Add Boot Camp Drivers and selected Windows Support > WinPEDriver as the “Select Driver Folder” location and my Bootcamp partition as the Destination. It found a number of drivers and Injected them. 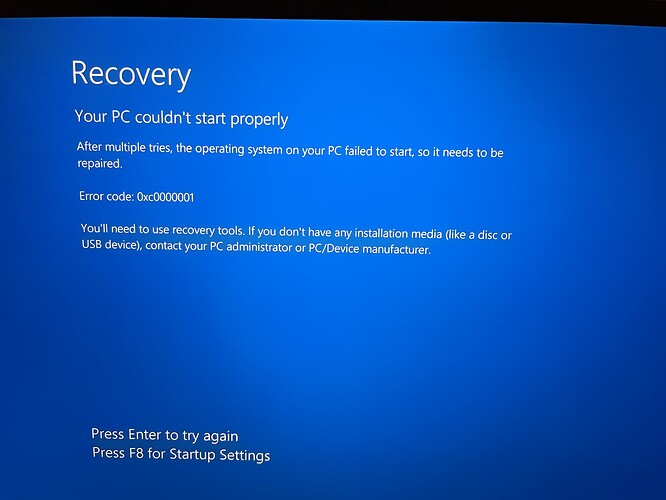 Any ideas? Thanks in advance. Mike

In the meantime, I tried using the Winclone 8 16” MBP video instructions to manually inject the drivers (since Winclone 9 didn’t provide a bootable Windows) but also ran into issues. As instructed, I created an exFAT external drive and loaded the Windows 10 ISO files + WindowsSupport Bootcamp files + the 3 Winclone items including winclonefix.bat onto it and booted as that external drive but ended up with an error. Could it have anything to do with the stated drive letters? I know the original Bootcamp that I backed up on my old MBP and restored on the nee MBP via WinClone was listed as C: on my old MBP. Screenshots below for more detail. 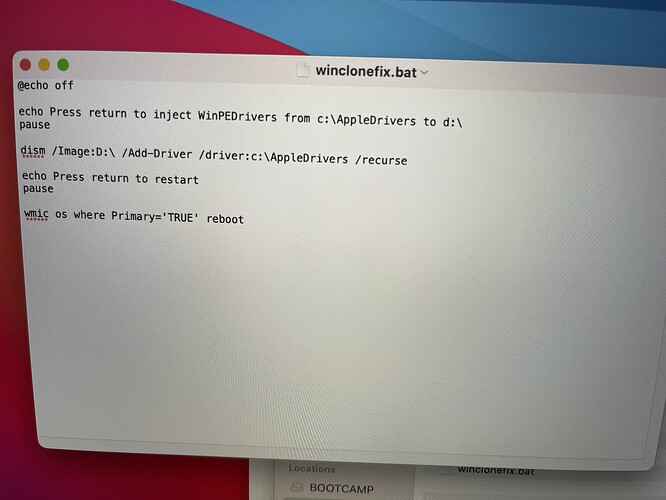 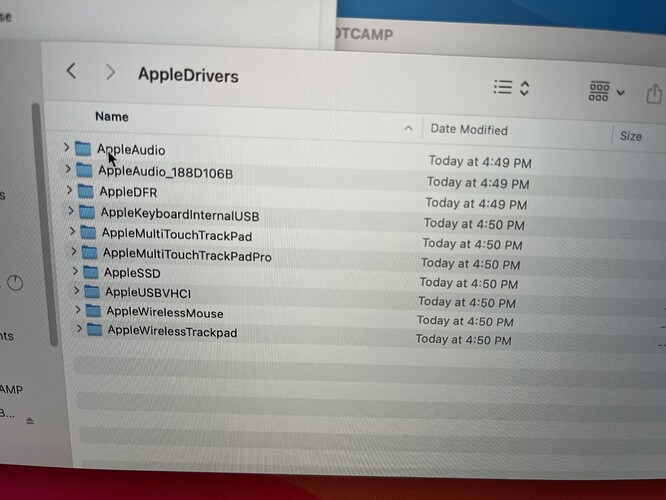 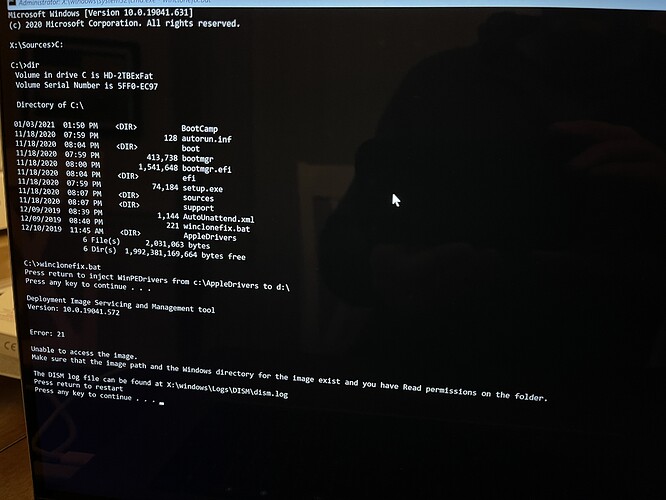 Can you do a directory listing on D:?

Absolutely. Thanks, Tim. Here’s the D: directory listing and here’s the GetInfo on the Bootcamp partition. Mike 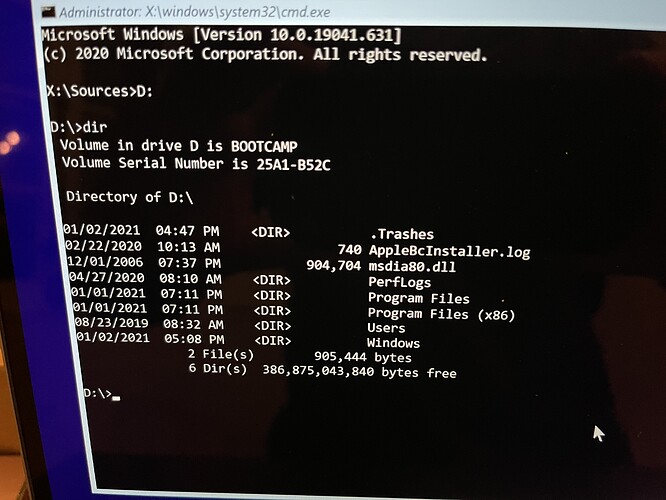 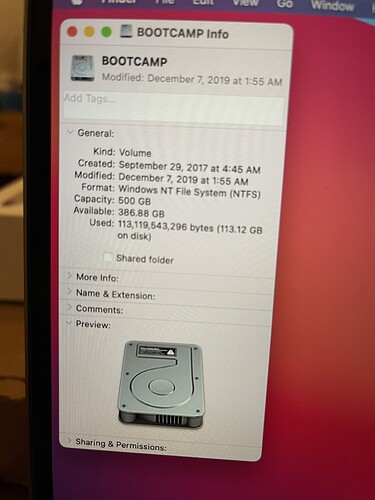 I’m stumped. Still can’t find a way for it to work. Any ideas on your end, Tim, or do you think I’m out of luck?

I suspected that D: would not return anything but it does appear to be mounted. Is it possible that D: is showing something now but wasn’t before? I suggest trying:

The times I have gotten that error is when the NTFS driver (or AppleSSD driver) was not loaded and D: was not available. The other time is when c: and d: are swapped, which doesn’t seem to be the case if your situation (c: should be the thumb drive, d: should be the Windows install).