Upgrade to Windows 10 prior to migrating, then make a Winclone image of Windows 10. That should restore fine on the new hardware.

It seems my MBA2013 doesn’t have enough space to upgrade from Win7 to Win10. Is there any other reason that the Winclone backup of Win7 restored onto the MBP2018 wouldn’t boot up? Apple Support doesn’t think it’s a hardware limitation of the MBP2018. The Apple Boot Camp support page indicates that you can’t use Boot Camp Assistant on OS 10.14 to install Windows 7, but why shouldn’t a Winclone restore of Win7 work since that bypasses the whole Boot Camp Assistant step and puts a finished install onto the Mac?

Boot of the Wincloned Windows 7 partition on MBP2018 only goes as far as a blue Recovery screen with “Your PC needs to be repaired” and “You’ll need to use the recovery tools on your installation media” on the screen. 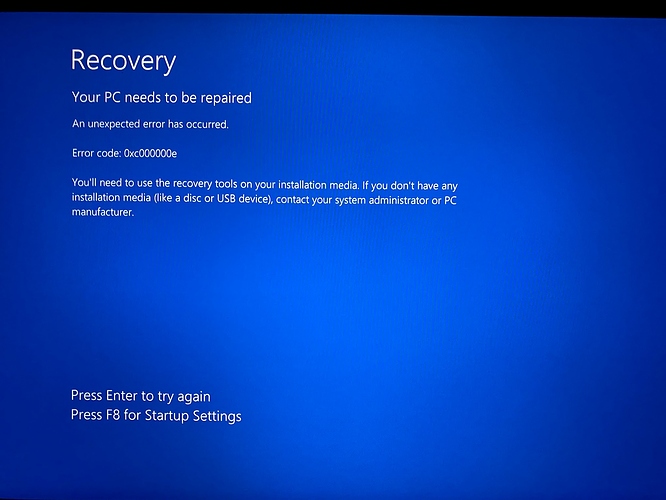 USB Win7 installation keys (which would have these requested recovery tools) won’t appear in the boot menu when option-booting.

The 2018 MacBook Pro does not support Windows 7. I recommend upgrading to Windows 10. You can boot into a VM to do the upgrade or perhaps upgrade to on the prior Mac if you still have access. If you have to have Windows 7 and it has to be on the 2018 MacBook Pro, the best course is to run it in a VM.

Okay, I upgraded to Windows 10 on the MBA2013 and restored it to the MBP2018 using the steps outlined here:

But when I ran setup.exe (the last step) it reported a folder was missing so I went back to MacOS to run Boot Camp Assistant to re-download the drivers and it somehow ended up damaging my Windows Boot Camp partition so it now shows up as a “Free Space” partition in Disk Utility. Option booting reveals that the Windows partition is no longer an option! I didn’t realize that running Boot Camp Assistant was so dangerous?!?

I think the missing folder setup.exe was aborting over was the WinPEDriver folder in the WindowsSupport folder. The instructions on that page say:

7. Copy the BootCamp folder from WindowsSupport to the USB Flash Drive.

But that leaves out the WinPEDriver folder above it. 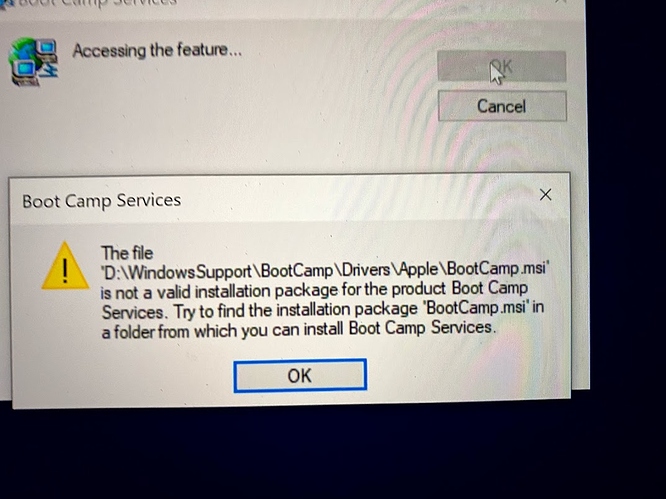 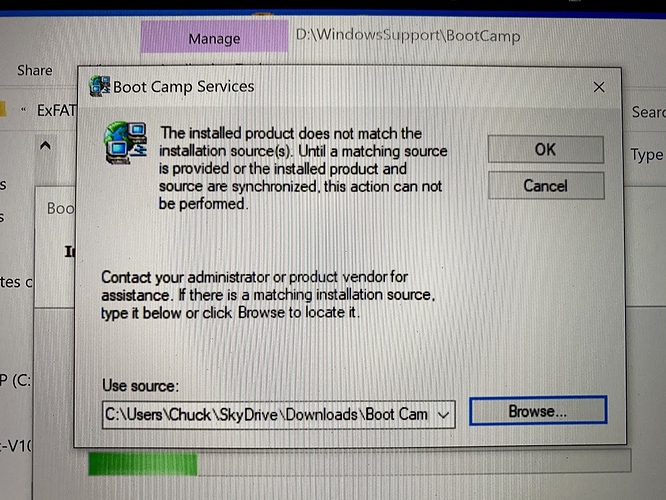 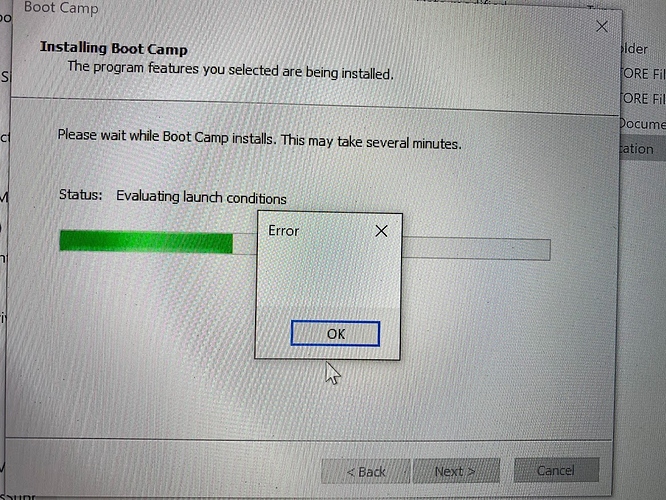 I ran Windows 10 sysprep in the hopes that that would wipe all older drivers from MBA2013 and Windows 7 that might be lingering after the Windows 10 upgrade and restore to the MBP2018. But Installing Boot Camp is again stopping on that mysterious Error at “Status: Evaluating launch conditions”

Apparently the fix is to remove Boot Camp from the registry and then the Boot Camp install finishes.