I have restored my bootcamp image, which seems to run fine when booted via dual boot, but when attempting to run in VMware, I get a blue screen every time I attempt to install the VMware tools.

Has anyone had issues with restoring and doing a VMware Boot Camp VM?

I have not seen that before. I have seen it where it wouldn’t boot on hardware but would boot in a VM. Can you see what the blue screen error message is?

Sorry for the late reply… Below is the screen I get after loading in VMware. The Winclone backup is a barebones Windows 1803 Enterprise installation, activated and Boot Camp drivers installed. I restored the image and then immediately opened the Boot Camp partition in VMware (version 11: latest). 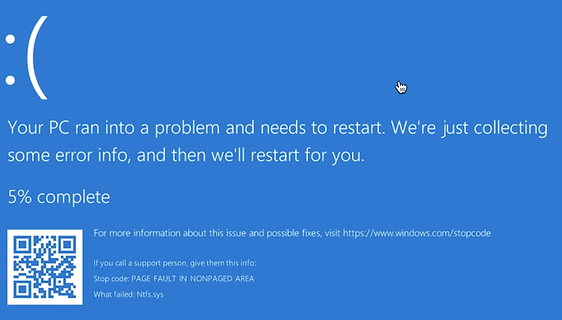 This seems to imply is has something to do with 1803:

Ok, To me this does not seem to be a VMware issue.

Does it give the same bluescreen error (PAGE FAULT)?