I just finsihed setting up an MDS package that included a winclone windows image made for a new install. When I installed the entire package with MDS it shows in disk utility that Bootcamp is there however even when i reboot holding down the option key i dont see windows there just untitled and efi boot… 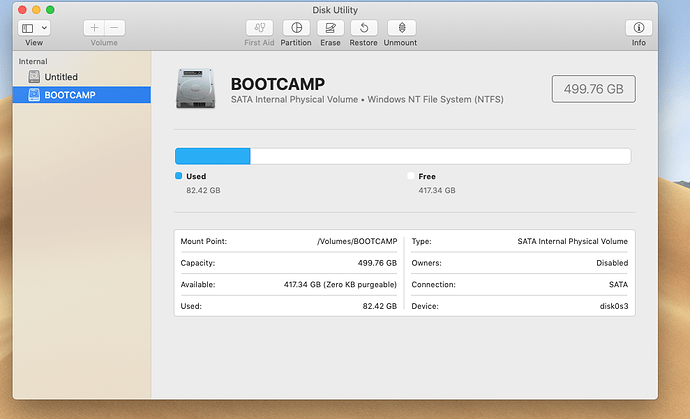 Selected EFI and see if it boots in to Windows.

After selecting efi boot it will boot into windows 10 after 2 restarts. Once it does that I am able to use the windows OS. However after a reset bootcamp is not run and I dont see windows at the boot screen at all it just boots automatically to the mac side.

@tperfitt
I updated my automonton with this config. I usually run the first line then run the second separately.
hdiutil mount http://ipaddress/fall19.dmg
/Volumes/MacDeployStickResources/run
I got an error with imagr asking to reset the workload or choose a startup disk, when the machine restarts it brings me back to an old version of terminal again 10.11 which imagr doesnt support. I currently have 3 machines now that cant update the terminal via internet recovery. And now because of this the ? folder is showing during reboot.

I am a bit unclear on what is happening. Are you saying that you are not installing macOS, and after Imagr gets done, you can no longer boot to macOS? What other packages are being installed?

Im doing a clean install of mojave, then after that completes It should install a windows 10 package that has been configured with win clone to override the previous bootcamp partitions. This im running first in workflow after that i am installing chrome, firefox, python, xcode and a few other applications. When I get to disk utility to run via terminal it loads the work flow then immediately comes back with an imagr error stating unhandled exception. Then my original mojave build that I had prior to this install is corrupt when I load back to disk utility I have the older version of terminal which wont run imagr. Since it wont run my previous builds I have in my webserver I need to manually download the mac os on the system update it to mojave then do the mds install from scratch. 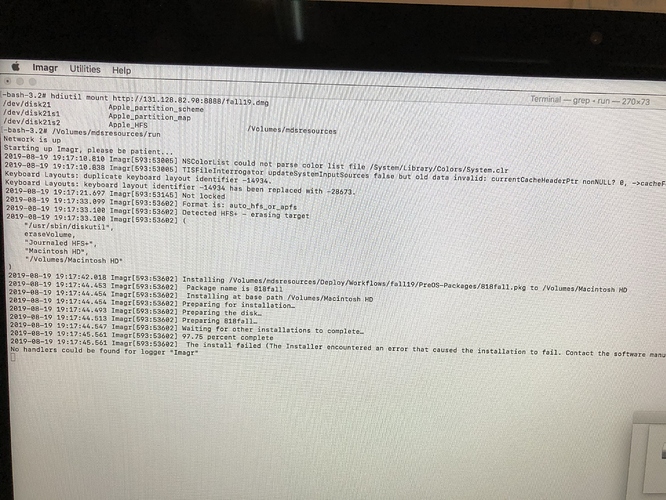 To see at the error messages, open a new terminal window and type:

This will show all the installer info.

It doesnt show that I have the var directory there. 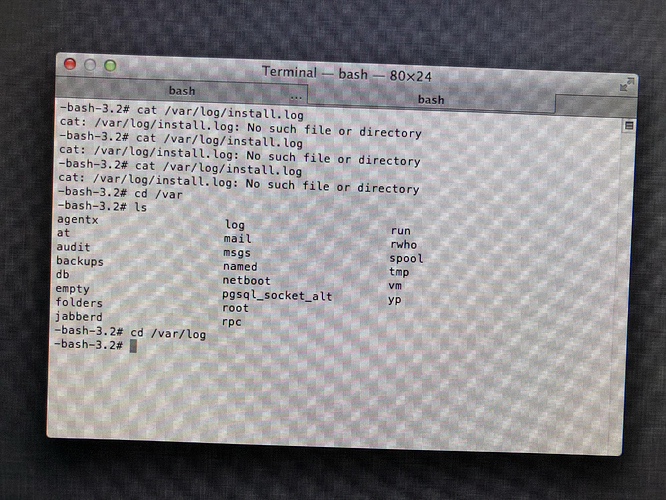 @tperfitt Do you know of anything else I can try?

That is strange. Did you run the command right after the failure you showed above? Rebooting clears the log.

Yes i did, I also tried it on another machine with the same issue and I dont see the var directory.

@tperfitt Just tried it on another machine and got the same error. I was able to find the var file. 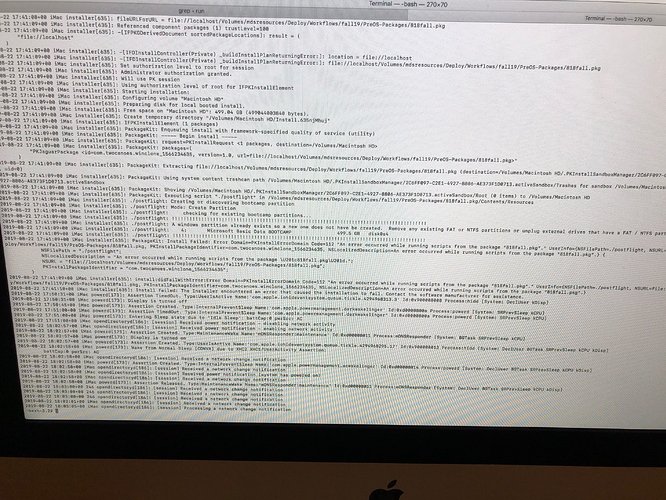 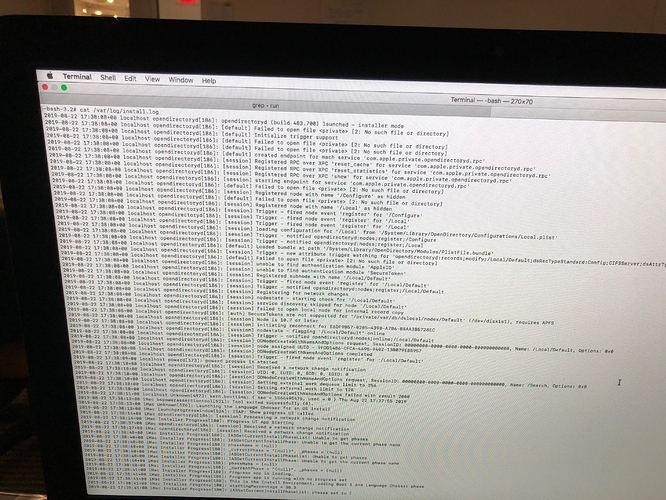 @tperfitt Do you think it has to do with the win clone image itself ?

The issue was the one between the “!!!” lines on the first screen shot. There are more than 1 available partitions to restore to. Make sure you don’t have any other NTFS / MS-DOS / EXFAT volumes attached.

@tperfitt When I created my winclone packaged I used the restore option for the image sou it should detect it and then write over it right? Unless I chose create new partition option.

That is correct. However, if there are multiple drives for it to select, it will fail since erasing a wrong partition is a bad thing. If you know the partition device, you can specify that when creating the package. I wanted to avoid accidentally selecting the wrong one so Winclone will only select if you have only one, specify it by device, or it is created by Winclone. Make sense?

@tperfitt I recreated a new windows image and made sure to select the restore option. It seems to work on a few machines. All the iMacs are formatted the same way with the same image. When I tried it on others I got this error message. 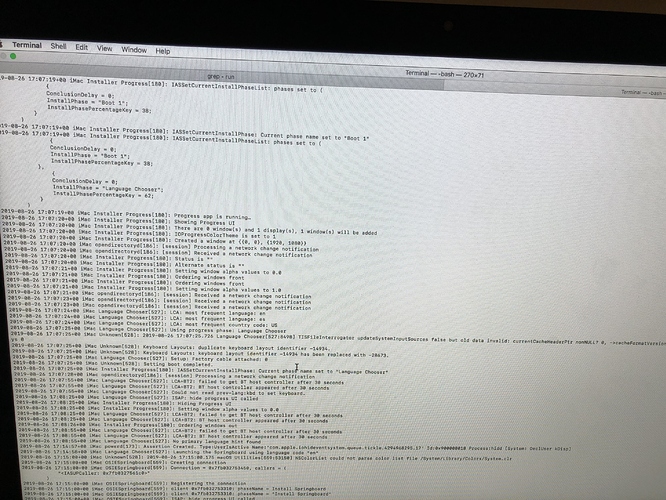 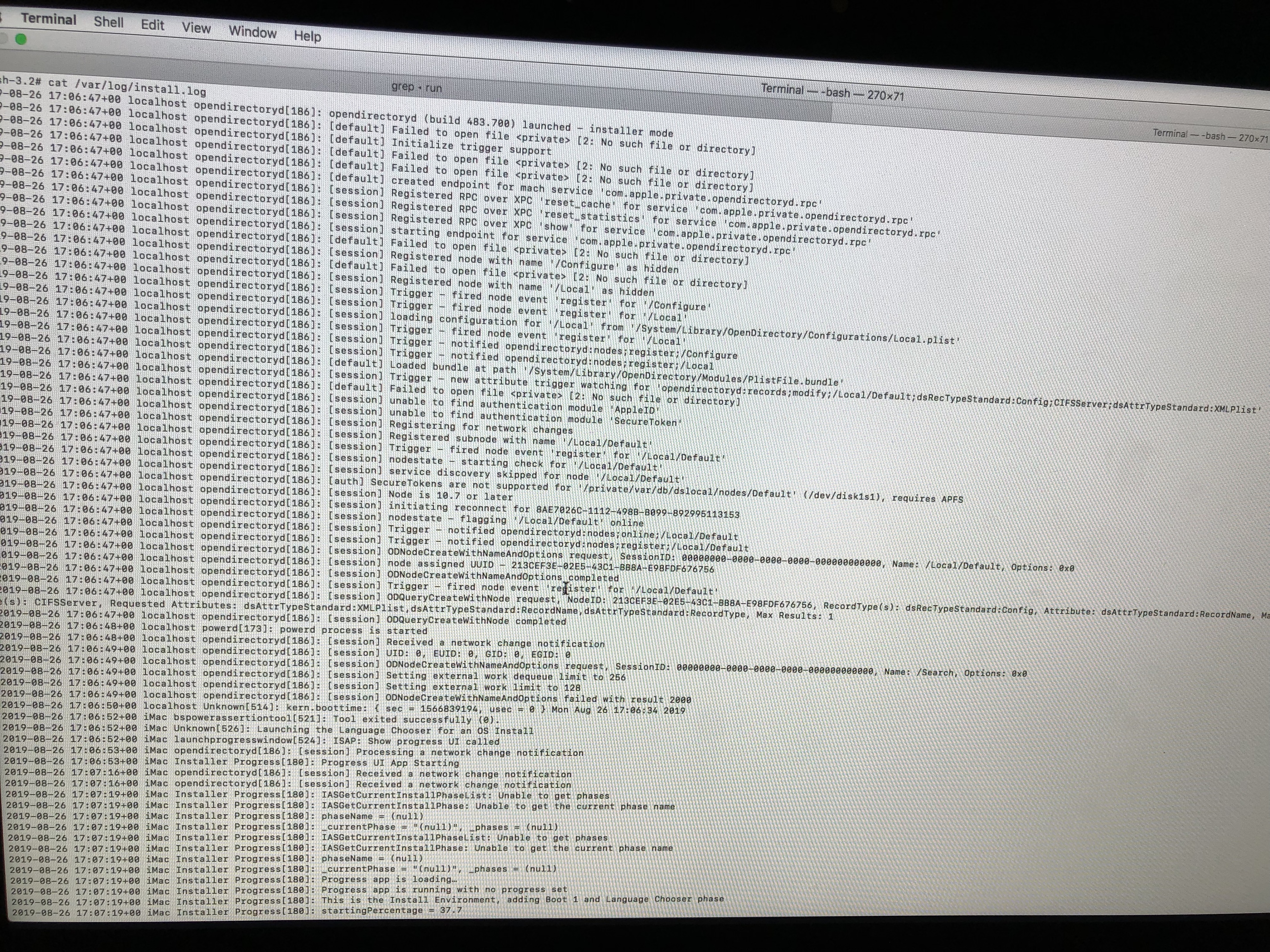 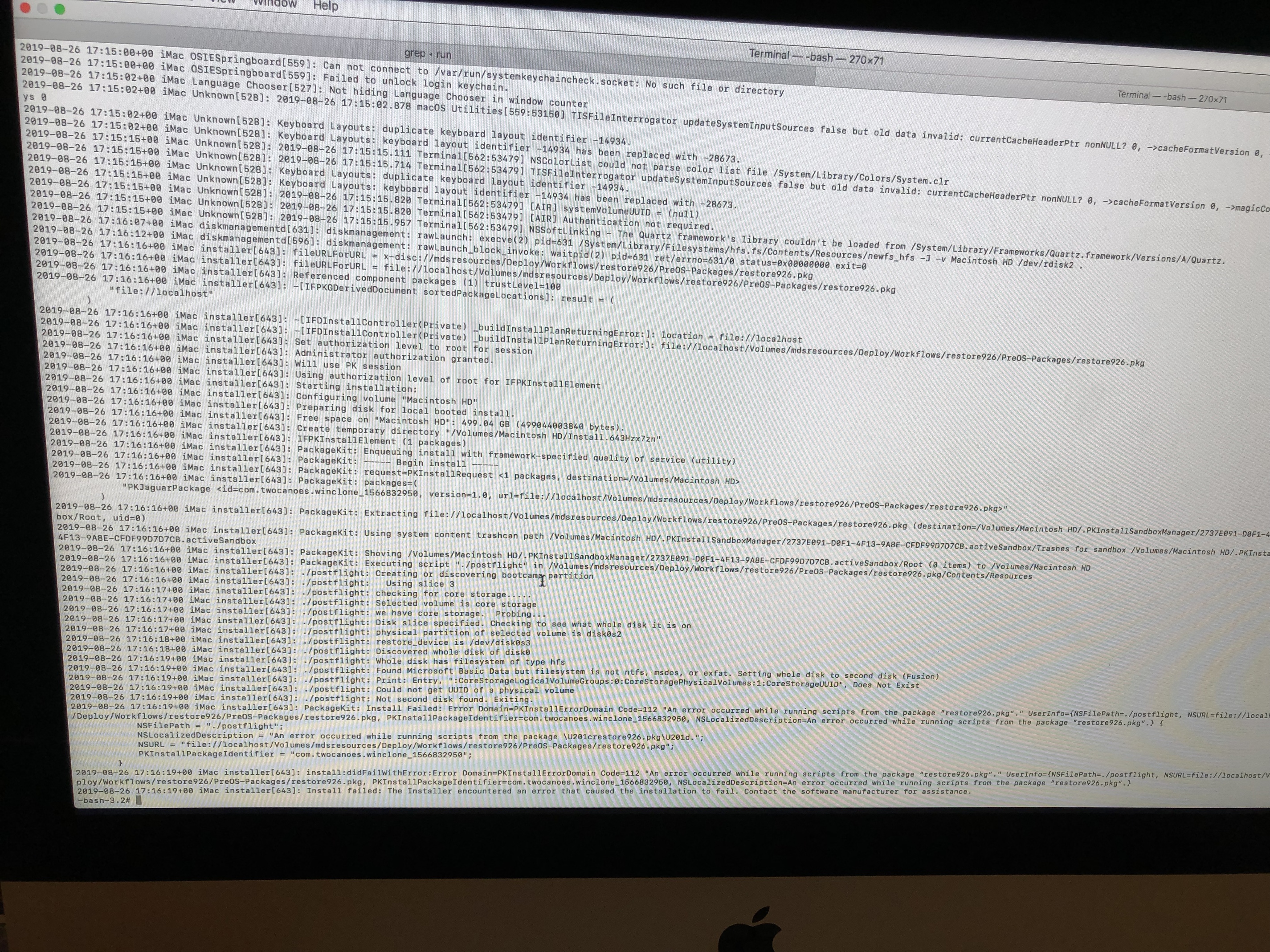 @tperfitt Any tips? I’ve noticed when I wiped the drive and started with a fresh mac os install then installed using the pkg from mds it worked fine. Is their anyway around this, every machine now comes back with the same error.

can you do a “diskutil list” and send it back? that will let me know the partition layout.